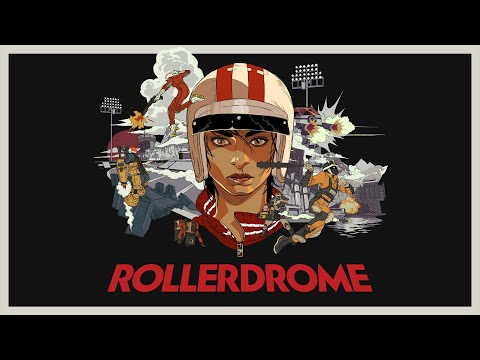 Time at Roll7: In this role about five months – was also an intern here during the Laser League days!

So, you’re a QA tester here at Roll7 – can you tell me a bit about what your job involves?

Sure! It’s pretty varied, but my main aim most days is pretty simple – I want to break the game.

You’re trying to break the game? That sounds alarming! Haha, well, what you have to remember is that it’s my job to stress test what we’re building so that we can fix it – if I don’t find all the ways that a player could break the game now, while we’re making it, then you’d end up with a bunch of bugs that might make the game way less fun for the players when it gets released. Most of the bugs I find aren’t super obvious – a bug that crashes the whole game when you try to progress to the next level, for example, is normally going to be noticed by somebody before I even have to look at it. But I have to try and play the game in as many different weird and wonderful ways as possible, so that I can find bugs which might not seem obvious, but which specific players could run in to if they’re playing in a way we hadn’t anticipated during the design process.

So you’re basically trying to break the game from as many different perspectives as you can?

Pretty much! But the other big thing I have to do is document everything I do in pretty extensive detail – I think sometimes people see QA as something where you just sit and play games, but honestly a huge chunk of my time is taken up writing reports about minor bugs I’ve found or odd things I’ve noticed. So you have to be super meticulous, good at communicating with the wider team in a concise but detailed manner, and you need to be able to put yourself in the shoes of a huge range of different players in order to even find the bugs in the first place. I also have some involvement in making builds and helping Andrew (our Lead Programmer) with a few other tasks, and also… uh, also some other stuff, but we haven’t announced it yet. Forget I said anything.

I have this really vivid memory of watching my uncle play Sonic as a kid, and being just fascinated by this zany blue little hedgehog, and really from that point I was pretty hooked – as I got older I got the Sega, the PS1, all that stuff. And at some point it really clicked into place that I didn’t just want to play games, I wanted to make them too. I wanted to take part in this thing that I’d loved ever since I was a kid – I wanted to contribute!

I know just what you mean. So how did you end up in QA?

Well, I was actually at Uni, and I was doing this course on Project Management, and we had a group project that I sort of fell into being QA lead on. We were using a system called ‘Prince 2’, which requires a huge amount of paperwork, so at first I wasn’t best pleased about it! But actually, as the project went on, I actually realised I was pretty good at this stuff, and that I enjoyed it way more than I would have expected to – so it was really kind of a happy accident that I ended up in QA. After that I did a Masters at Goldsmiths, and then I landed my first paid gig in the industry – an internship at Roll7.

That’s so cool! It was! Yeah, I remember feeling this huge sense of achievement, that I’d finally got into this industry which I’d been so passionate about for so long. And it was a really good first experience, too – everyone was super friendly, and because it’s a pretty small studio I really got the chance to see what everyone was working on, and to understand the wider process of how a game gets made. That’s super helpful for me, because obviously part of my role is to be able to communicate with all the other teams in order to get bugs dealt with as quickly and efficiently as possible.

And on a personal level, there’s something really nice about getting to see what all your friends and colleagues are working on, right?

Absolutely, yeah. So, the other thing I wanted to chat about before you go – I know that you’ve worked for Roll7 from pretty far away even by our standards as a remote studio – both from South Africa and now Taiwan - what time is it over there now?

It’s, uh… it’s about seven hours ahead, I think!

Wow! So, I was wondering, with that – obviously at the moment there’s a big move for a lot of previously location-based workplaces to go remote, and that opens up the potential for so many more of us to work globally. How has that been for you? How do you cope with the time difference?

Honestly, for me it’s been pretty good – the time and money I save by not having to commute anywhere is definitely a huge benefit. The one thing that I found tough was that when I first started working from home, I was living with my parents and they didn’t really understand that they couldn’t just walk in on calls or whatever – but I think that’s something you just have to work through if you’re living with other people while working from home. It’s definitely important to establish some ground rules!

That’s true of being in a different time zone to most of the people you work with, too – you have to set ground rules for yourself. I would say that it’s important to get up in the morning of the place you’re actually living in, regardless of how that lines up with where you work, and to have a real sense of routine to your day. But once you get that sorted, it’s actually surprisingly easy to do – you just have to get yourself used to working whatever hours you work, keep a good sleep schedule, and make sure that you have a routine around that which gives you plenty of time to do your own thing too.

I’ve gotta say, I think that all sounds like pretty solid advice regardless of whether you’re working in a different time zone to your colleagues! Thank you so much for chatting to me, Tin-Tin.

Thank you! The Roll7 Team​​